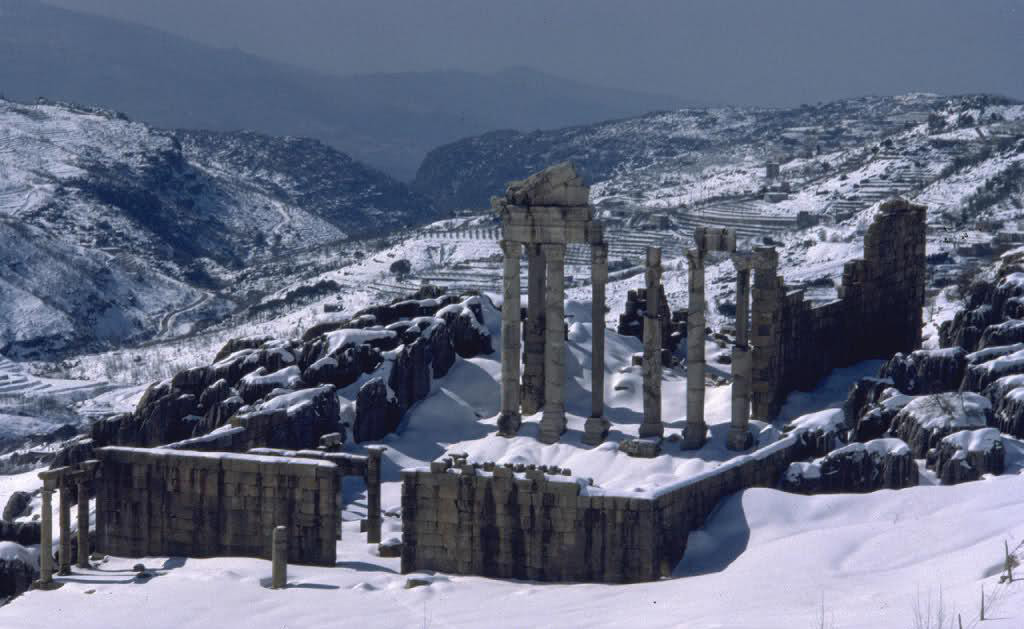 Situated in Mount Lebanon, at an elevation of 1550m, Faqra is unique for its remarkable remained monuments which included: temples, columns, altars and rock cut tombs. Its uncommon setting and the abundance of its cool mountain flowing have incited the earliest civilizations to build temples and altars to worship their god. The visitors were mostly impressed by its sensational ruins particularly by the great temple of Faqra that is partly cut out of the living rock and rises in a spectacular location.

Moreover, you cannot pass by Faqra without admiring the nature most spectacular wonders, a bridge called “Jisr al-Hajar” or the “Stone bridge” with an arch measuring 38m. Furthermore, Faqra is known today for its private ski resort with its 2,000,000 meters square overlooking Beirut and the Bay of Jounieh.