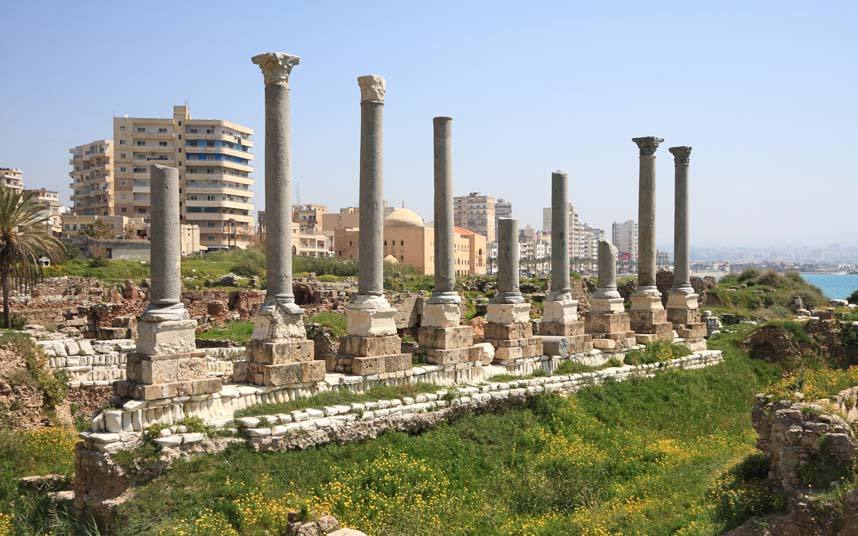 Although the exact origins of Tyre are unknown, it probably goes back to the start of the 3rd millennium BC.

Originally a mainland settlement with an island city a short distance offshore, in the 10th century BC King Hiram expanded the mainland and built 2 ports and a temple to Melkart, the city’s god. Towards the end of the 6th century BC under the reign of the Persian Darius, the city experienced its golden age.

Its flourishing maritime trade, its Mediterranean and Atlantic colonies and its purple dye and glass made Tyre very powerful and wealthy. But the city’s wealth attracted enemies. In the 6th century BC Alexander the Great laid siege to it for 7 months, finally overwhelming he island city by constructing a great causeway from the shore to the island.

In their day the Romans built a magnificent city at Tyre. The remain of its Roman streets, arcades and public buildings, including one of the largest hippodromes of the period, are Tyre’s major attraction today.